Repairing a Boom and Floating a Boat.

We are happy that we waited and came into this marina. They do have incredible hot water and the cost to stay here until Thursday is less than one night at Chub Cay. We not only have internet but we have "shore power". We have not been hooked up to shore power since October at Harbortown Marina in Fort Pierce.
We were also able to get a bolt to repair the boom and get that taken care of today. There is another boat here that has been here 2 months. Tea Leaves has an 8 ft draft and the entrance just isn't 8 ft deep. I was told that they put flotation bags under the keel and pulled it over as if healed pretty far over to bring it in through the channel. I don't understand the whole story behind them coming in but I did meet the two nice young guys who are on the boat today when they were preparing to tow them out. They were hoping to get out at high tide this afternoon but the numbers weren't working. 5:30 in the morning is the next high tide and it is suppose to run another half a foot higher and will hopefully work out. They had guys putting flotation bags under it today to raise it as high as possible. If we had been up this way just a couple of days earlier we could have crossed back to the states and headed home yesterday.Right now it is looking like we are going to be enjoying Sunrise Marina for at least the next 5 days. We will then see if we can get a good window to tackle the gulf stream again.

Posted by Freddie and Deby Walker at 5:29 PM 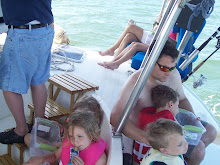 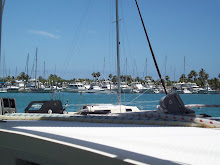 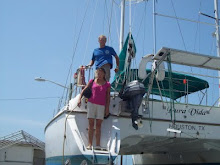 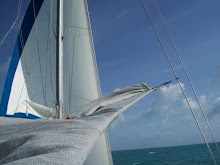 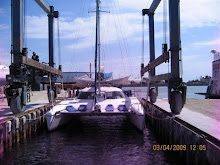 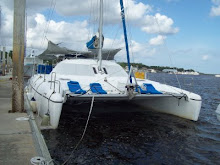 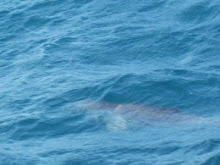 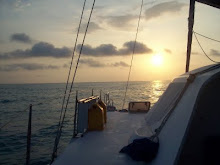